This morning I was treated to a fantastic surprise during my quasi-regular routine of listening (to podcasts) and lifting (weights).
Sue Heilbronner
&
|
September 4, 2014
|
Women Leaders
|

This morning I was treated to a fantastic surprise during my quasi-regular routine of listening (to podcasts) and lifting (weights).

It might be helpful to provide some context for those of you who were not raised in a household where poker was as present a theme as politics or the family dinner. Briefly, hold’em poker got big in the 90’s, fueled largely by ESPN and the fairly intriguing cast of characters who became features of big event poker tournaments like the World Series of Poker. Poker is different than a typical game of chance. The game sits at the intersection of emotional intelligence, analytical math, persuasion, guts, and luck.  In that order.

My mom is an extraordinary poker talent, who after years of playing in private and less-than-legal games in South Florida (including one that was the scene of an armed robbery), moved to Vegas largely so she could play every day on the right side of the law. If you would like to get a feel for how much my mom plays the game, you can ask her on almost any day at either the Aria or the Venetian. Because my mom taught me how to play, I was somewhat ignorant of the gender difference in the game, but this became obvious as poker grew more prevalent in popular culture.

Annie Duke is the highest grossing female professional poker player. She won the 2004 World Series and many other big-money tournaments. This morning, I was treated to a recent story she told for The Moth Podcast about the first giant game she played after the launch of “lipstick cameras,” which allowed TV audiences to see each player’s hand during a televised game.

I loved this story, and you can listen to it here. I won’t spoil it, but I will say that Annie’s retelling raises for me what I am seeing as a recurring theme among women entrepreneurs: a resistance to deciding, raising money, pitching a new retailer, launching a new product until everything is absolutely perfect and “ready.” I could cite hundreds of examples of this, but I ran across one just yesterday.

The head of a natural food products company was talking to me about her plans to capitalize on the phenomenal success she’s had with sales in the first region the company penetrated. I asked her how many of the additional ten possible regions she was pitching for this expansion. She said five. I asked why not all ten, and she said that she didn’t want to go into regions where the product might not be successful. Now there’s no “right” answer here, but my view in this specific case is that if this product could be 20% as successful in a new region as it has been in the one, it would by most measures be a great win. This discussion was a reminder for me (and a suggestion for her) of a platitude that we say easily and live with some difficulty: if you are not afraid to fail — even fail publicly — you are unlikely to hit the edge of your potential.

This issue as it appears among women entrepreneurs will be one of many areas of focus for my next project. Mergelane is a new startup accelerator focused on women-led businesses.

I love hold’em almost as much as I love business. Hat tip to Annie Duke and the Moth for this unique, superb articulation of one of my very favorite life lessons. 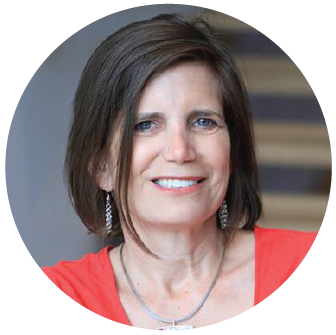 Conscious Leadership
When You Call Me Brave
Feedback can be just as much about what I hear as what you say.
View More
Life Lessons
Take a Walk with Me and #changeourneighborhoods: 100% Responsibility
I realized that just seeing more people of color walking down these streets would be noticeable and salutary.
View More
Culture
Everything I Know About Company Culture I Learned at Summer Camp
If you can intentionally preserve core values for over 105 years, or even five years, you’re doing something incredibly special.
View More

Stay up to Date

Thoughts and leadership game changers from Sue Heilbronner
Thank you! Your submission has been received!
Oops! Something went wrong while submitting the form.